The folklore of Brittany is incredibly rich. Some of the better known tales will pop up again and again, tailored and claimed by each region. The story of St Tréphine, her 12 year old son St Trémeur and the chieftain Conomor is one of them. After being beheaded by Conomor, his son Trémeur popped his head back on again and despatched his father. Another tale tells of King Gradlon, whose wicked daughter was running an evil island, Ys (pronounced eess) off the north coast of Cap Sizun. Gradlon  rode his steed through the waves and pulling Dahut up onto his horse, he rode back to the mainland, throwing her into the sea on the way. Her magic extinguished, the waves rose up and engulfed her and the evil island forever.

The Pope had a job on his hands when he tried luring the Bretons away from Paganism. I doubt if he would have succeeded had he not canonised the existing Breton Deities. Among my favourites – poor St Laurent, grilled to death in 258 CE, then designated as the patron saint of cooks and innkeepers.

You do not have to look far for the remains of ancient pre-Christian shrines. In order to obliterate the old religions, churches were built on their sites. Look for large stones in the walls, or standing stones which have their tops carved into crosses and nearly always, a channelled spring nearby as these were the sacred places of the old Bretons. Indeed, they still hold sway today. 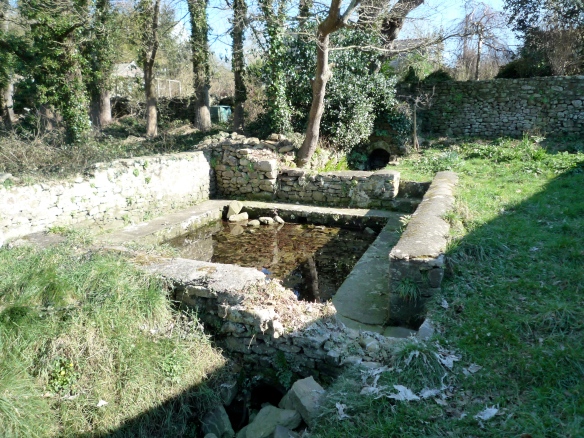 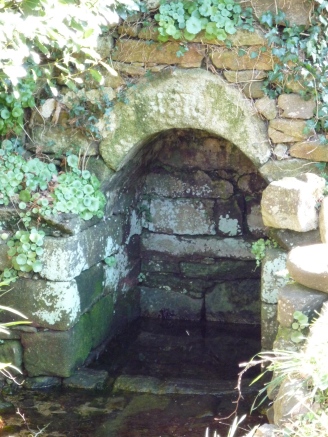